Facts and Opinions.
Feel free to disregard the opinions.

The Biggest Problem with Medical Malpractice 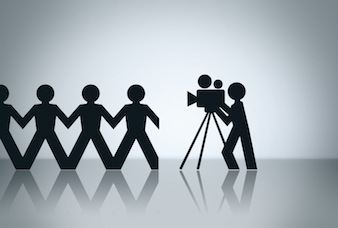 What is the biggest problem with medical malpractice?

Each of these groups argues from their own self-interest.  Most of us do, don’t we?  It’s hard to ascertain the truth when so many  people are screaming their one-sided position.

(Personally, I stand on the side of there being far too much medical negligence and not near enough accountability in the medical industrial complex.  Furthermore, I think doctors know it and are disengenuous suggesting otherwise.  Finally, I think the insurance companies are really the disgusting ones – using litigation headlines to jack up malpractice insurance rates just to line their own pockets.)

But, if you can, let’s forget I said that, just for a moment, so you can listen to me tell you what the real problem is.

There’s no easy way to determine if there was malpractice.  You cannot listen to a given set of facts and determine yes/no to the malpractice question.  If you could, then the medical malpractice industry would be a lot more like the automobile accident industry.

The biggest problem in determining malpractice is that the hospitals don’t actually tell you it’s malpractice.  Therefore, if you’re a victim of medical negligence, you need to find that out for yourself.  Here is a sample conversation between a potential victim and their potential lawyer:

The paragraphs above, for both parties together, just cost $100,000 in time and expenses.  $100,000 to get one silly question answered.  The doctor could have answered the question before the question was even asked.  Why didn’t he?

Because you either answer all questions proactively, or you answer none.  If you only proactively answer the questions that are favorable to you, you look guilty the rest of the time.  Therefore, ultimately, that means if you as the doctor know there’s malpractice, you have to say it.  But nobody would ever do that.

And we’re left with a situation where the patient doesn’t know if there’s malpractice.

I get it.  That’s the way it is.  BUT IT’S THE PATIENT’S BODY.  And if it happens to you, it’s your body.  Shouldn’t I get to know exactly what happens to me and why?

Humanity aside, when I have to file a lawsuit just to figure out what happened to me, then I’ve added to the expense and ineffectiveness of the system.

A very successful medical malpractice defense attorney said to me not long ago, “It’s a broken system and it has to be fixed.  Just wait til my kids get out of college.”  Doesn’t that say it all.

It would be easily possible and far more cost effective for every single medical interaction to be recorded.  This would include everything from a quick consult to a six hour surgery.  It would be easy.  Find a way to protect confidentiality (put it under HIPPA).  If the patient declines, he can’t sue.  If he accepts, he can sue and the proof will be right there.  Who wouldn’t want this?

Oh, right, no one wants this.  Doctors least of all.