Facts and Opinions.
Feel free to disregard the opinions.

Up and Comer: John Cord

Before law school, John Cord thought he was going to be a defense lawyer.  Perhaps even medical malpractice defense.  As the brother of a doctor, John didn’t think representing the injured was his path.

Immediately after law school, however, John went to work for Rob Jenner of Janet, Jenner & Suggs in Pikesville and the thinking changed.  There, John learned how to think like a plaintiff’s lawyer and realized this kind of thinking already matched his own.  He worked with families impacted by deep loss and realized the work isn’t just about the law.  It’s about the family. 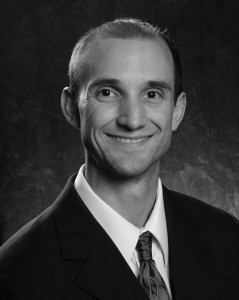 When I talked to him, John spoke highly about his mentor Rob Jenner.  He called Jenner, “The best lawyer I know … he genuinely cares about the case and the people involved.”  Cord said that energy is “infectious.”

He concluded by stating emphatically, “Rob Jenner is exactly the kind of lawyer that I have tried to grow into.”

Somewhere, in the ten years since, Cord has grown up considerably.   He originally left Janet, Jenner & Suggs with a desire – a need – to sit first chair at counsel table, handling his own cases start to finish.  Cord looked for a good fit with Laura Zois and company at Miller and Zois.  Not finding the perfect fit, he went on to work with Bruce Plaxen and Harry Adler.  Ultimately, he decided he would do his best work in his own firm.  He formed John Cord Law, LLC two years ago.

He left Plaxen and Adler with no clients.  Two years later he has nearly 200 open files in a rapidly growing personal injury practice.  A veteran lawyer once said a good lawyer becomes a busy lawyer.  John Cord is another example of that.

Unlike most Baltimore area lawyers, John is not originally from Maryland.  He grew up in Colorado.  He went to college at the University of Denver before getting a law degree at the University of Colorado.   During a summer spent in Baltimore, he met the woman who would be his wife and he couldn’t leave.  They now have three kids, one of them a foster child the couple adopted.  His practice is in Timonium.  Cord’s family lives in Hampden.

Representing the injured is the vast majority of John’s practice.  He says personal injury cases make up approximately 95% of his work.  Cord believes the plaintiff’s bar is strong in Maryland, always willing to help out another member.  He has an active role with in the Maryland Association for Justice, an organization dedicated to obtaining justice for the injured.

Geographically, Cord estimates 50% of his work is in Baltimore County, with the other 50% spread out across the state.  He did say he has more cases in Baltimore City and Prince George’s County than other areas.

John takes great pride in the trial.  He is not a lawyer who only settles cases.  John can handle the work.  He cites his mentor Jenner again, referencing a trial in Virginia early in his career.  “I learned a lot about working with the family.  It was an accident case where the patriarch of a close family had died.  The clients were our highest priority.  I learned to prepare relentlessly.  During trial, if you’re not sleeping, you need to be working.”

When talking about dislikes, Cord referenced other lawyers who did not exhibit sufficient professionalism.  He said there were relatively few attorneys who did not play fair, but when dealing with one who did not, the job became less pleasant.

Another dislike is Maryland’s use of contributory negligence over comparative negligence.  Cord said, “Is it fair, if I’m 1% negligent and the other person is 99% negligent they get off scot free?”

When asked how he wanted to be known, Cord provided an unusual response, but one that rings true, “I love technology.”  He said he used technology in all of his trials somehow.   He uses projectors, iPads, Powerpoint, and even less commonly used tools like Google Earth.  Any technology can be an important tool in the toolbox.  Cord says putting on a “good presentation” takes time and juries know it.  He believes juries view the effort as indicative of how much Cord, himself, values the case.

Technology will be an ever more important part of litigation and giving clients what they deserve – the best injury lawyer.  Cord has a significant leg up and is well positioned to stay ahead of the pack.

At InjuryLawyerDatabase.com, we’re pleased to have John as the first in our up and comer series.  Few lawyers better exemplify the title.  You can see Cord’s ILD profile here.  You can also visit his website directly.