Established in 1874 by the Maryland State Legislature as a small unit of officers tasked with patrolling a rural community, the Baltimore County Police Department (BCoPD) has expanded into the nation’s 21st largest police agency, with over 2,000 sworn officers patrolling a population of over 800,000 people. The department is divided into 12 precincts that encompass 612 square miles.

As of 2019 the BCoPD has been helmed by Chief of police Melissa Hyatt, who was appointed to the position by County Executive John A. Olszewski Jr.  Since 1984 the department has been accredited by the Commission on Accreditation for Law Enforcement Agencies (C.A.L.E.A.), a group comprised of four law enforcement associations that develops and maintains a body of standards for law enforcement professionals in the U.S.

Baltimore County Police in the News

In 2019 the civil rights division of the U.S. Justice Department filed a lawsuit against the BCoPD alleging long term hiring discrimination against black applicants. The suit contended that a written test administered to prospective police cadets since January 2013 was biased against African-American recruits, causing them to fail the test at a higher rate than white applicants. While different versions of the exam in question were administered over the years, the Department of Justice claims that one element of the test remained consistent – a portion of grammar, reading, and logic questions that purportedly had no relevance to the job duties of a law enforcement officer. According to the lawsuit, African-American cadet hopefuls were less likely than white candidates to score a passing grade on this portion of the exam, and so were not selected to move forward in the BCoPD hiring process.

While the claim did not cite specific ratios of the pass/fail test scores for African-American applicants versus their white counterparts, it asserted that the difference between the two groups was “statistically significant.” In addition to requesting a court order banning Baltimore County from utilizing the test, the suit also asked for restitution to be provided to applicants who faced discrimination in the application process and that the BCoPD develop nondiscriminatory recruitment policies.

(What do these mean?)

(What do these mean?) 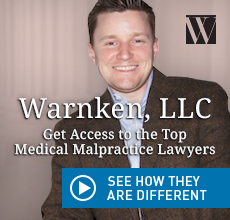